The sound of Kenny G’s saxophone is as iconic as his curly coif; indeed, both are instantly recognizable. 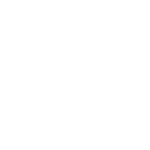 His latest release, New Standards, the title of his 19th studio album, fifth for Concord Records and first since 2015’s Brazilian Nights, could well be used to describe his four-decade body of work, a vision of jazz that helped launch both a musical genre and radio format.  After director Penny Lane’s critically acclaimed HBO documentary, Listening to Kenny G – which humorously reconsiders the purist critical backlash to his music – and a demand performance on Kanye West’s Grammy-winning Jesus Is King album, it’s now cool to not only be Kenny G, but admit you’re a fan of his as well.